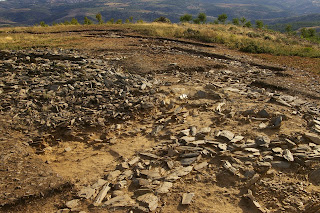 Unframing the past: from an archaeology of “ fixed forms”, objects, or abstract materialities, to an archaeology of the “transformations” of materials as “living things” – a brief comment on some Tim Ingold’s ideas 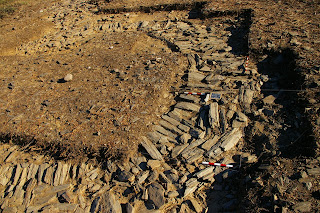 Short glossary of terms (according to this Tim Ingold’ s paper, and quoting parts of it)

Archaeology – is not the study of materials, but a way of studying with materials, trying to understand the practical engagement with the actual stuff that things are made of. Therefore, the very idea of “material culture”, connected to things as objects, and much influenced by museums and stores, is useless.
Form – something that occurs within the meshwork of material flows that comprise the texture of the world.
Life – is not an internal, animating property of things, but rather a word for the dynamic potential of a world of materials to bring forth forms of manifold kinds. Life depends on a continual exchange of materials between the supposed “surfaces” of objects. Each person is a focus of activity, he/she is what he/she does, not some previous entity that comes into action as an agent.
Materials – they are themselves active. They shall not be reduced to matter, which has then to be endowed with “agency” to set it in motion. The world is not an assemblage of objects.
Mixture – like the artist or the craftsman, each one of us, in our everyday life, tries to conduct actions, making mixtures of ingredients, to certain goals. But something unexpected occurs all the time: life refuses to be contained within a frame.
Place – each place is identified not by its contents, enclosed within a perimeter, but by its positioning within a field of relationships that continuously unfolds in the course of people’s inter-place movements. The identity of places and things is positional, not categorical.
Relations – are the actual paths along which materials flow. A relation is a line along which life is lived. It is a trail of movement or growth: one strand in a tissue, part of the texture of the lifeworld. That texture is not a network, but a meshwork: a series of interwoven lines.
Thing – a particular confluence of materials that have mixed and melded in more or less ephemeral, recognisable forms. Things are not bounded objects. Things occur, or take place. Every thing is a “going on”, a place where several “goings on” become entwined. Things are constituted as entanglements of relations.
__________
Photos by the Castanheiro do Vento's team
Publicada por Vitor Oliveira Jorge à(s) 23:59:00

ARCHAEOLOGY AND THE POLITICS OF VISION IN A POST-MODERN CONTEXT

Cambridge Scholars Publishing - www.c-s-p.org - Amazon.uk: click on the image above

Castanheiro do Vento: a labyrinth...a place of multiple transformations and transferences

Acerca de nós / about us